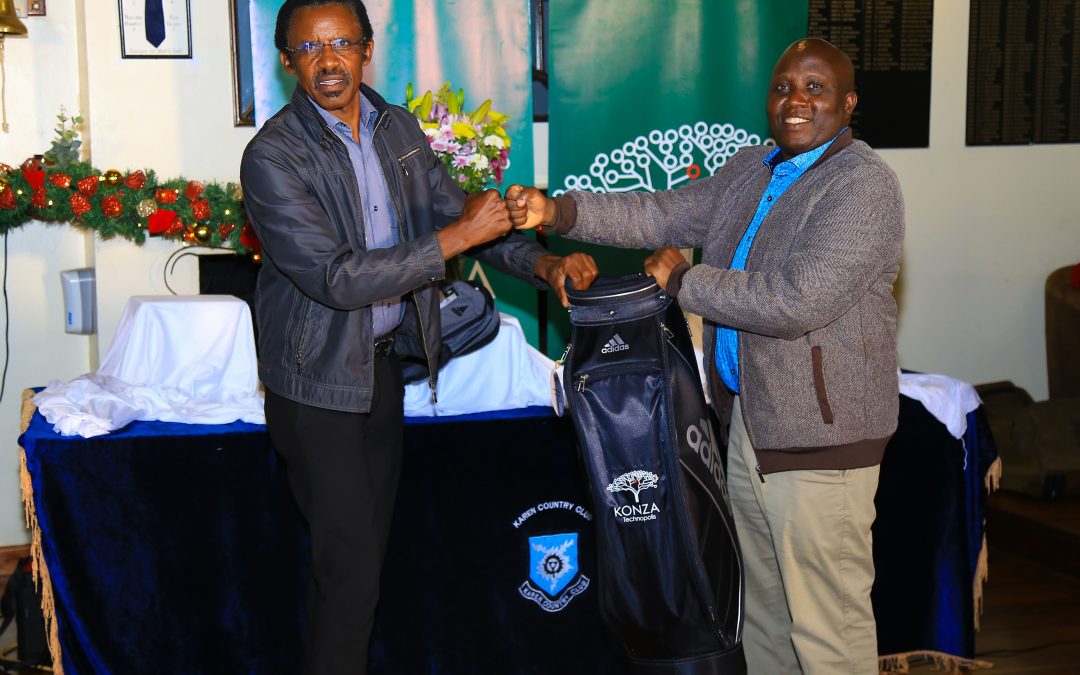 Nairobi, Saturday, 27th November 2021: Naivasha Sports Club’s, Joseph Waigwa, carded a round of 41 points on Friday to emerge the overall winner of the second leg of the Konza InvesTeeing Golf Series which was held at the par-72 Karen Country Club.

Playing off handicap 15, Waigwa posted 19 points in the first nine and combined with 22 points in the second to floor a field of over 160 players who took part in the event.

His score was one point clear his nearest challenger, Michael Mugasa, who emerged the winner in the men’s category on count-back with 40 points; ahead of  Jonah Tomno who finished as Men runner-up with a similar points haul. Stephen Mwendwa claimed the Men’s third place on countback with a similar score.

Among the ladies, IMG Kenya Limited’s Finance Director, Betty Gacheru, carded 34 points to top the leaderboard in the category on countback ahead of Rhoda Mwebesa who took the runner-up position.

In the longest drive contest, James Akello was crowned the winner among the men while Rhoda Mwebesa bagged her second trophy of the event after claiming the honours in the women’s category.

Speaking during the awards ceremony, KoTDA CEO. Eng. John Tanui, said the Series has helped create an engagement and interaction platform for the Authority, adding that the series has continued to cement KoTDA’s efforts in developing and managing the Technopolis development.

“This tournament not only gives us an opportunity to unwind with a fun round of golf, but also gives us a unique opportunity to engage with potential investors as well as receive feedback on our operations from our partners and neighbours.”

“The future of Konza as a global technopolis and innovation hub is indeed an exciting prospect for us all. It has been encouraging to see more and more people buying into our vision, in the last three or so months and I would urge you all to join us on this journey towards realizing the vision of building the first smart city in the region.”

He added that subsequent golf tournaments will be held in different parts of the country under the Konza InvesTeeing Series.

On his part, the Chairperson of ICT Committee, Hon. William Kisang’, who represented ICT and Innovation Principal Secretary, Jerome Ochieng’, lauded the progress of Konza Technopolis and added that the National Assembly is finalizing a bill to anchor the flagship project in law.

The Konza InvesTeeing Golf Series is envisaged to attract, onboard and retain key investors, which is the first of the three pillars in the Authority’s second strategic plan.