Construction of the first building at Konza Technopolis now underway 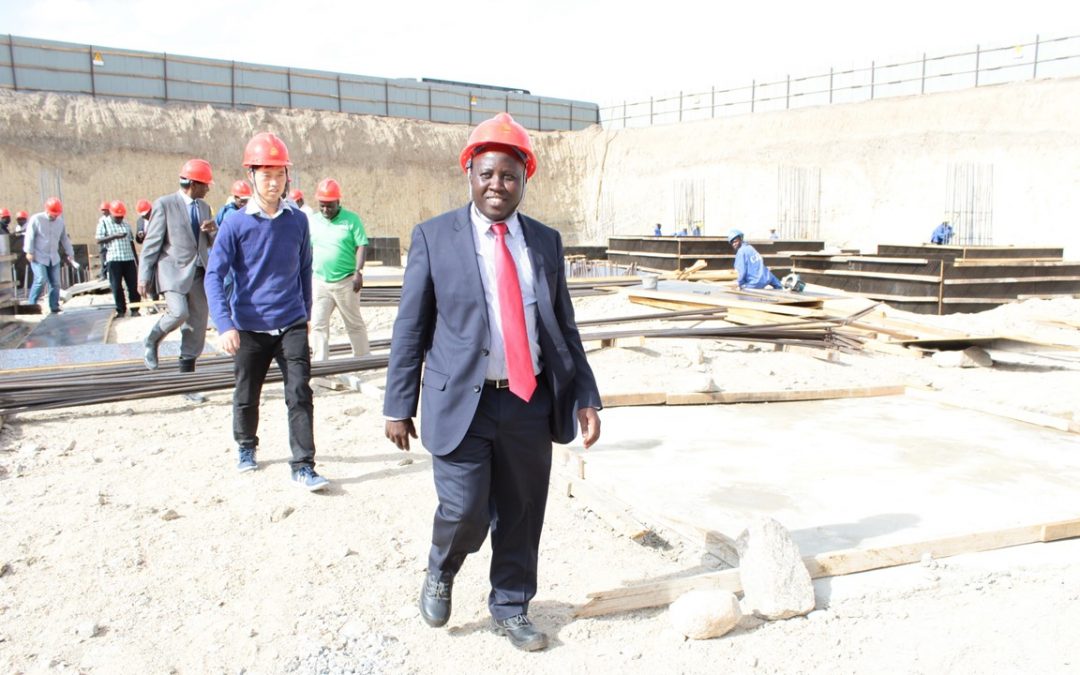 The construction of the first building in Konza Technopolis has begun. The 8-storey building with two basement floors will host the techno city operations and house its early investors and innovators, the second phase of the building will have a hotel and a conference facility.

The Kshs 3 billion facilities to be built in phases will see the first phase costing Ksh. 1.9 Billion consisting of office block completed in 114 weeks. The Technopolis is now fully serviced with access roads, water and electricity, with sufficient capacity and reliability to support the construction and early stage of the project.

Speaking during a tour of the facility the Konza Technopolis Development Authority (KoTDA) CEO Eng. John Tanui, said that they are in consultations with government on the implementation of cities basic facilities including wastewater and streetscapes for the 400-acre phase that will be implemented through an engineering, procurement and finance model (EPCF).

“We are happy to report that the current building is funded by the government. We are pleased with the support from the government in ensuring that the key infrastructure required for Konza takeoff have been implemented and others progressing well such as external Roads, power substation and water dam to supply water for the city in the long term,” said Eng. Tanui

He added that the authority is in the process of procuring a contractor who will come with finance for the construction of Streetscape and Sub-surface utilities, wastewater treatment and recycling facility, bulk water treatment, booster station and storage, Fibre optic reticulation, power/Electrical Distribution and substation as well as Solid waste management.

The move will pave way for direct involvement of the private sector in development of the technopolis from January next year with the Konza Technopolis Authority (KOTDA) expected to finalize the land allocation policy by the end of this year.

Support infrastructure for the Technopolis has already been put in place with completion of a 132 KV power substation in May this year and the supply of over 2,000 cubic meters per day of water to sustain on-site construction. The technopolis will also benefit from the dualing of the 20KM Athi River-Machakos Junction road launched by President Kenyatta during Mashujaa day.

“The extension of the dual carriage road between Athi River and the Machakos Junction will ease congestion along the main highway that feeds into Konza enabling easy access to both Nairobi and the Jomo Kenyatta International Airport cutting travel time significantly,” Eng. Tanui said.

KOTDA will use the building for among others hosting incubation centers in partnership with leading universities.