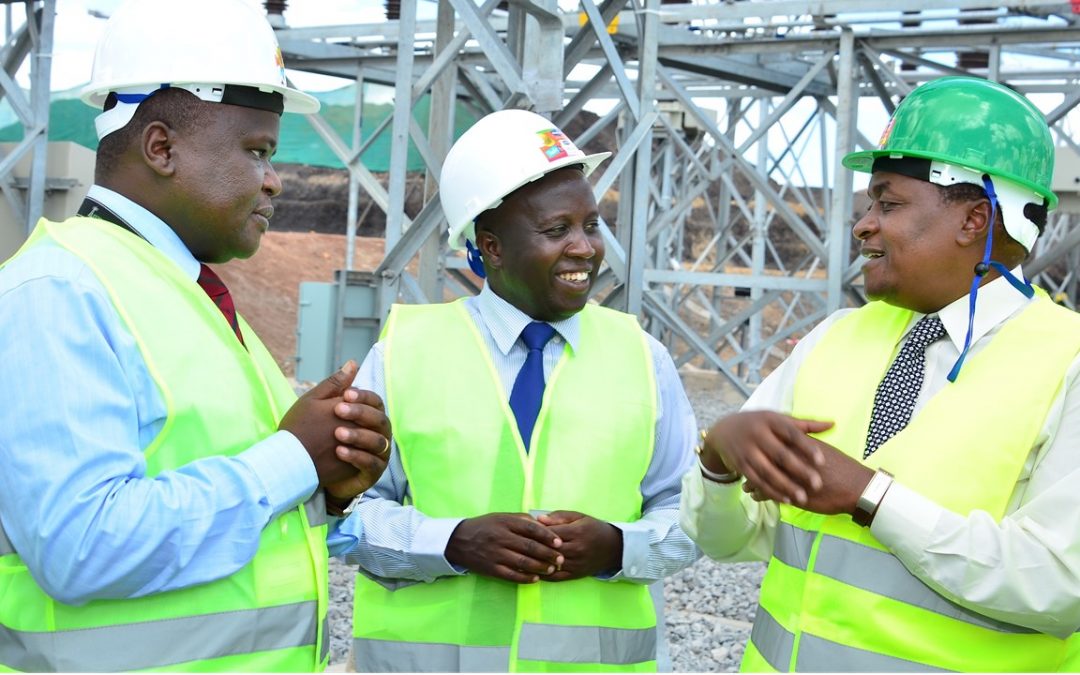 Power has been connected to Konza Technopolis  paving the way for businesses to start investing in the mega project. This follows the completion of 132KV substation in Konza to supply the Techo City with high voltage power taped from the Juja-Rabai line.

The new substation has the capacity to supply Konza Technopolis  with 50MW of power which is equivalent to Eldoret Town’s current consumption. With this, the Government is now confident that the basic infrastructure needed for the successful development of the first phase of the technology hub has been established.

Speaking during an inspection tour at the Konza Technopolis  grounds on Monday, 16th May 2016ICT and Innovation Principal Secretary Eng. Victor Kyalo assured investors that the government is doing all in its capacity to ensure that Konza Technopolis  has the best amenities and infrastructure to support businesses that would be based at the techno city

“Already, an initial KETRACO medium voltage power line has been installed on site to ensure that the electricity needs for investors are addressed on site. We are on cause to full filing our mandate which is to provide serviced land at Konza for investors,” said Eng. Victor Kyalo

To cater for the future needs and guarantee electricity supply, Konza Technopolis  will also be supplied via a back-up 132kV line from Machakos Sub-station, located 12 kilometers away. Further, the techno city will become part of the 400KV Nairobi Metropolitan Ring that will encircle Nairobi and outlying towns. These would be backed by supplies from sub-stations in Gilgil, Suswa, Isinya, Konza City, Nairobi East (Komarock) and Thika. On an inner 220kV ring will comprise substations like Kimuka (Ngong), Nairobi North (Ndederu), Dandora, Embakasi and Athi River.

“With power supplied from the Eastern Hyros and Mombasa Thermals via the Juja-Rabai line, Isinya sub-station (geothermal power from Ol Karia), Konza Technopolis  will probably be home to Kenya’s most reliable power supply. For investors wishing to invest in data centers that should be good news,” said Eng. Dr. John Mativo- KETRACO Chief Manager in charge of Planning and Development.

Kyalo encouraged investors to invest in the project that is expected to position Kenya as an ICT hub in Africa.

“The success of this noble and timely initiative will largely depend on Public Private Partnerships (PPPs) and thus the government is keen on addressing all the concerns of would-be investors. Initially, power supply was a concern, but as you can see, we now have three separate power lines,” explained the PS.

To facilitate construction works on site, KoTDA has partnered with Tanathi Water Services Board to supplement the existing seven boreholes that had been sunk earlier. The partnership will provide additional 2,000 cubic meters of water to Konza Technopolis .

“We still have long term plans to supply the city with additional water from Thwake dam, but for a start we are ready to sufficiently support all the construction works on site,” said Eng. John Tanui, CEO KoTDA.

The world-class technology hub has already tapped into the National Optic Fibre Backbone Infrastructure (NOFBI), which will see the techno city connected with three separate high speed internet infrastructure. On completion, the Technopolis  which is lying between the abundant submarine cable bandwidth and Nairobi city will be connected by several backbone fibre optic cables, making it one of the most connected tech hub in Africa.

The Technopolis , located to the East of Nairobi, is designed to be Africa’s Silicon Savannah, targeted to contribute Sh100 billion (approximately two per cent) to the Kenya’s Gross Domestic Product (GDP), once phase one is operational.

The land will be leased out to investors for the development of low and higher density buildings to accommodate schools as well as commercial and residential premises.

Konza Technopolis  is a national flagship project under Vision 2030, Kenya’s economic development blueprint that seeks to catapult the country to middle income status by the year 2030. The government seeks to make it a magnet for investors, while hosting more than 230,000 residents and workers.